Today's news will be translated into English, so do you know what we need to pay attention to in the process of news English translation? Friends who are not clear come to listen to the introduction of Beijing translation company! 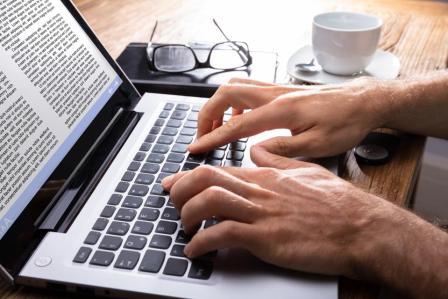 When translating English news reports, we should take into account their stylistic features. In terms of words, sentences and layout, we should make the translation "as it is translated"

As mentioned above, journalistic English has its own set of idiomatic words, so translators of translation companies should first accurately understand the specific meanings of these words in journalistic English. Otherwise, it is very easy to be misunderstood and mistranslated.

Generally speaking, journalistic English is moderately formal, sometimes with some conversational style, so the translation language should not be too elegant or vulgar. However, because some writers often quote the words of the parties or other relevant persons in the reports, and some writers sometimes use a few slang words, the degree of formality of the translated language should be consistent with that of the original as far as possible. In addition, we should also pay attention to the differences between the language features of big newspapers and the stylistic features of small newspapers. Generally speaking, major newspapers such as the times and the new york times are more serious and formal, while tabloids such as the daily mirror and the New York Post are more relaxed and lively with less formal words. Therefore, translators of professional translation companies must carefully analyze the stylistic features of the original text to make the translated text consistent with the original text.

(3) Dealing with new words and coinage in news

If there are new words and coined words, first of all, we can distinguish them in the form according to the English word formation method, such as finding out the root or affix of the word to help understand its meaning. In addition, we should find clues from the simultaneous relationship and context of the word, that is, the collocation and combination of the word and other words, and various contexts of the word, so as to judge the possible meaning of the word. If the meaning of the word is still unclear after the above textual research, the transliteration of the word can be given, and the original English word can be written in the following brackets, and footnotes can be added if necessary. The "new words" mentioned here are those words that can't be found in the dictionary, those words that are translated according to the original meaning but are found to be illogical.

(4) Try to be concise in writing

The language should be plain, not flashy and exaggerated, not mixed with personal feelings. When adding modifiers before nouns, we should be careful.

例如：“ Largest Chinese trade delegation to visit US in Nov. ” 中省去了 to 前的 is; “Deposits, loans rising in HK” 意为“Deposits and loans are rising in HK” ; “2 Workmen Injured in Electrical Accident” 则意为“2 Workmen Are Injured".” 0

For example, "large Chinese trade delegation to visit us in Nov." omits the is before to; "deposits, loans rising in HK" means "deposits and loans are rising in HK"; and "2 workers injured in electrical accident" means "2 workers are injured"

(7) There are special requirements for translators in Beijing

In order to do a good job in news translation, translators should not only have language knowledge, but also have the necessary cultural and political knowledge.